Impressive view of the sky

Impressive view of the sky

After 182 days, the x-ray telescope eROSITA on board the Spectrum-X-Gamma space probe has completed its first complete survey of the sky. This new map of the hot, energetic universe includes more than one million objects, effectively doubling the number of known x-ray sources discovered in the 60 year history of x-ray astronomy to date. Researchers at Friedrich-Alexander-Universität (FAU) are strongly involved in the project.

The first all-sky survey conducted by eROSITA is approximately four times deeper than the previous map of the entire sky in the x-ray band produced by the ROSAT telescope roughly 30 years ago, and has detected roughly ten times as many sources: approximately as many as have been discovered until now by all previous x-ray telescopes together. Whilst most classes of astronomical objects emit x-rays, the hot and energetic universe looks quite different than through optical or radio telescopes. Outside our home galaxy, most eROSITA sources are active cores of galaxies at cosmological distances where supermassive black holes accrete matter. Then there are also galaxy clusters which appear as extended x-ray halos, shining due to the hot gas included in the huge concentrations of dark matter. The map of the entire sky also unveils the smallest details of the structure of the hot gas in the Milky Way as well as the circumgalactic medium surrounding it. Understanding the properties of this medium is crucial for us to understand the history of the creation of our universe. The eROSITA x-ray map shows even more, however: Stars with strong, magnetically active hot coronae, x-ray binaries, which include neutron stars, black holes or white dwarves, and spectacular remnants of supernovae in our own and other nearby galaxies such as the Magellanic Clouds.

The success of the project is thanks in part to the team led by FAU astronomers Prof. Dr. Jörn Wilms and Prof. Dr. Manami Sasaki from the Erlangen Centre for Astroparticle Physics (ECAP) and the Dr. Karl Remeis observatory in Bamberg. They are involved in designing and conducting the experiment, in a collaboration involving researchers from several German universities and led by the Max Planck Institute for Extraterrestrial Physics (MPE) and the German Aerospace Center (DLR). As well as processing the data stream from the satellite before it is forwarded for further processing and monitoring data transfer, FAU is in particular responsible for rapidly analysing data which eROSITA sends down to earth daily in order to spot new bright sources. 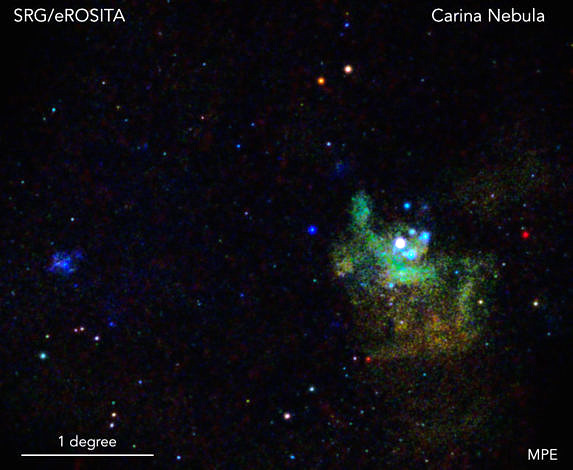 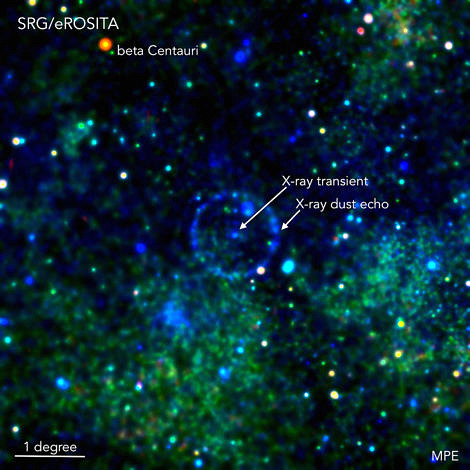 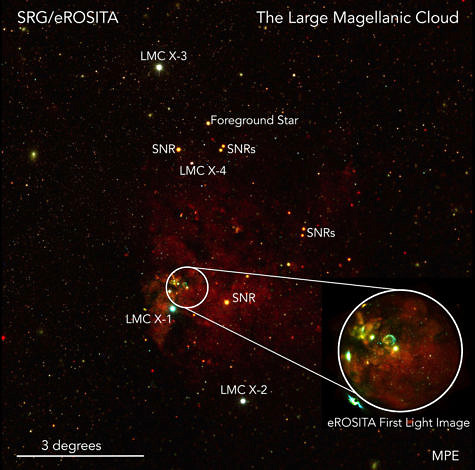 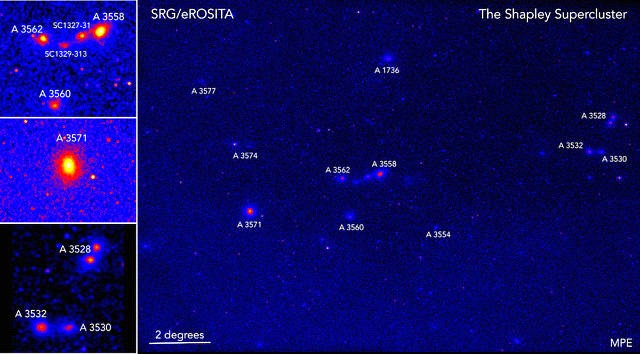 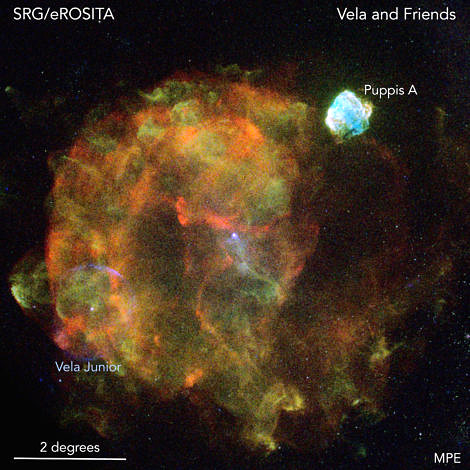 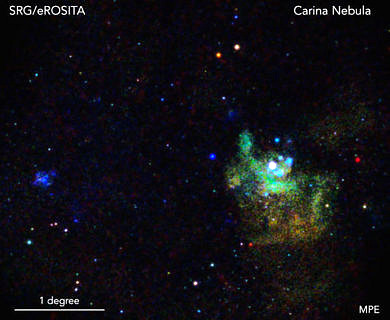 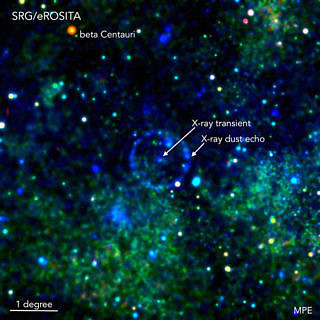 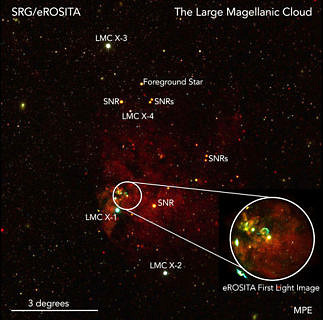 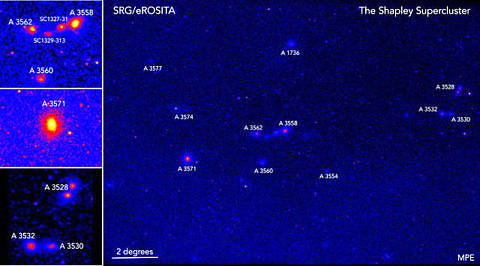 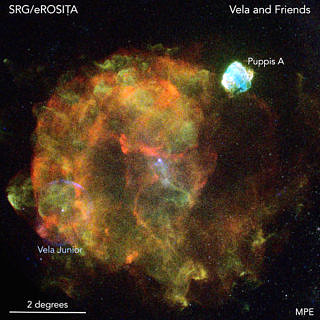 Further information on the eROSITA mission: